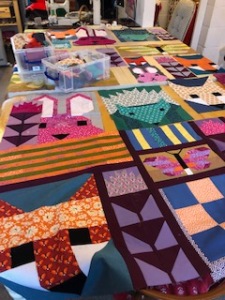 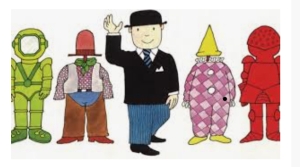 I started the week helping a friend quilt radiating lines on a mini quilt for which I was paid in Gin. Next I loaded up my Unicorn mega block, having dithered about custom quilting for ages then deciding that an all-over tight honeycomb done by the Bernina Q24 Qmatic would be eminently suitable. 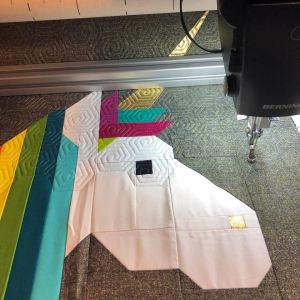 Having made no early preparations for Christmas, I was happy to fill my virtual basket and order all sorts of items online – I just have to hope that they will arrive on time.

I took Fergus out for lunch on Tuesday to celebrate his 17th birthday, only ordering one course because we had a squidgy vegan chocolate cake to polish off later. He had his first driving lesson which he declared a great success, then asked when he attempt to could drive the Landrover. The Landy has been a bit of a drama queen of late, clunking, groaning and being reluctant to start. Landy-Man advised that it would need a power-steering pump, starter motor and a weld on the half-shaft which he could not do until next week. I managed to transport Fergus and his gear to a gig but when I tried to start it later to take Nell and her friends to watch it was dead as a dodo. I called Mo who came to the rescue with her car so we managed to get there on time and bring all of the gear home later. 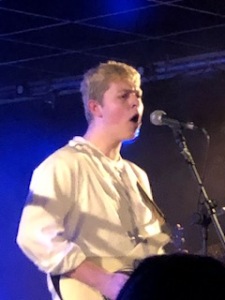 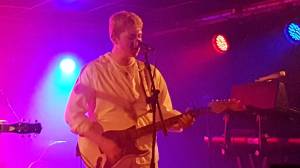 Rather unusually I had caught up with all of my customer quilts and did not need to “waste” time going to town for present shopping. I am still undecided what to work on for my next competition quilt but I needed to work on some sort of project. I dug out the random collection of Fancy Forest blocks and laid them all out on my table. They posed quite a puzzle since I had made some giant animals as well as a few of the fiddly smaller ones. The original pattern recommended that all of the plain background fabrics should be the same then sashing would be added to connect it all together. Obviously, I had used a variety of shot cotton background fabrics so had a collection of blocks that really did not want to fit together at all. Luckily, I found a large piece of a plain Oakshott Lipari so decided to add 2” strips around the creatures and fill in any gaps with some Gees-Bend/Improv style strip piecing. Eventually I ended up with 4 rows of varying widths which could be made to fit by adding more strips or squares until the shortest row was as wide as the longest one, not bad for someone who is not a maths genius;)